BAM Construction has been appointed by Barnsley College to deliver a £21m contract. 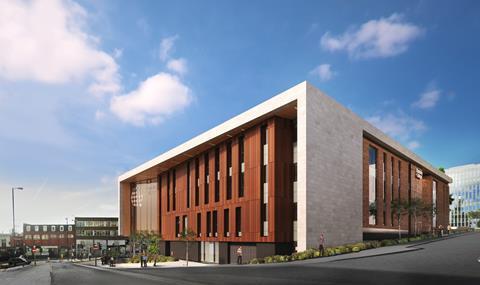 The Leeds-based contractor has been hired to build a sixth form centre in the heart of the south Yorkshire town, as well as a construction centre on the college’s Honeywell campus.

The four-storey tall sixth form centre will house a mixture of classrooms and lecture theatres on the former site of empty shops and a council library, which has been relocated.

Pupils will be able to learn and practise traditional trades such as brickwork, plumbing and decorating, at the two-storey construction centre.

Aiming for ‘Excellent’ ratings under the BREEAM environmental initiative, bothprojects will both feature air source heat pumps and photovoltaic cells.

Building work is due to start on site in July 2014, with completion and handover by September 2015.