The contractor has started on site on a nine-storey 94,500ft2 building 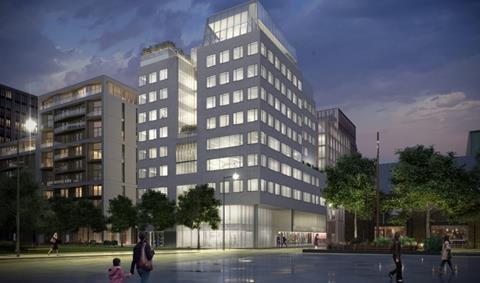 The contractor has started on site on a nine-storey 94,500ft2 building that will ultimately be home to the Aga Khan’s Institute of Ismaili Studies and the Institute for the Study of Muslim Civilisations. Both institutes are part of the Aga Khan Development Network.

The Aga Khan - which represents the leader of the world’s 15 million Ismaili Muslims - is developing five buildings in total at London’s King’s Cross as part of a new 4.5-acre campus.

The new building, due to complete in 2018, is the first of two buildings on the campus designed by Pritzker-winning Japanese practice Maki & Associates.

It is the second project Bam has worked on for AKDN, having finished the Stanton Williams-designed Victoria Hall student accommodation building at King’s Cross in January.

Roger Madelin, who previously headed up the Kings Cross regeneration for Argent still retains a “legacy lead” on the AKDN’s part of the development and told Building the third building for AKDN, which is to be a cultural centre, also designed by Maki & Associates, was still having its brief finalised, but added that there had been some sketch designs which are “very exciting”.