Work is part of wider masterplan being WSP is working on

Bowmer & Kirkland has chalked up a £35m deal to build a university campus in Peterborough. 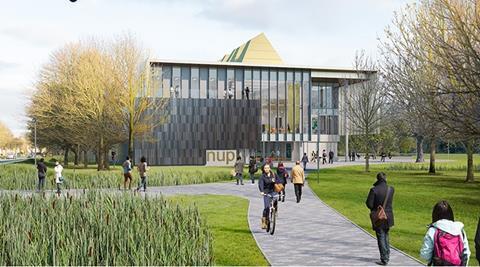 The masterplan for the campus is being designed by WSP

The project is being designed by Cambridge practice MCW Architects.

WSP has been appointed to lead a feasibility study for a masterplan that includes the campus. The masterplan also includes a new football stadium for League One side Peterborough United.

The Cambridgeshire city, which last year ranked in the bottom 10% for skills levels in the UK, has been without its own university since Loughborough University closed its Peterborough campus in 2003.

The scheme was given a major boost in August when it received a £14.6m cash injection from the government, which has pledged £900m for ‘shovel-ready’ projects in England.

Last month, Building revealed Overbury had been appointed to carry out a major revamp of several buildings at another one of Anglia Ruskin’s campuses, in Chelmsford, Essex.

The university also has campuses in Cambridge and London.