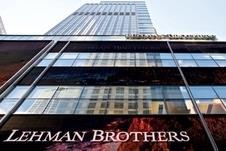 A huge part of Lehman Brothers in the US has been bought out of bankruptcy by UK bank Barclays.

The move, which will see Barclays become one of the biggest banks on Wall Street, comes just days after the British company failed to reach a rescue deal with Lehman.

The UK bank has agreed to pay $250m in cash and take on $72bn in trading assets and $68bn in trading liabilities. It is also buying the Lehman headquarters in New York and two data centres in New Jersey for $1.5bn.