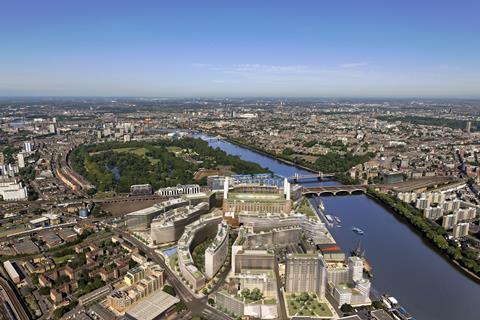 The developer of Battersea Power Station has secured £790.2m in finance for the first phase of the scheme and for the restoration of the power station itself.

The deal secured by the Battersea Power Station Development Company, will see a group of international banks provide £532m in a five-year development facility, for the first phase of development and refurbishment of the power station.

Meanwhile, a £258.2m land facility will refinance the initial loan that funded the acquisition of the site and extended it by five years.

The first phase Circus West development, which is being built by Carillion, started in July 2013 and will consist of 866 apartments and a mix of offices, shops and leisure components.

The proposed refurbishment comprises a mix of shops, homes and offices, as well as a reconstruction of the chimneys to restore them to their original design.

“The agreements are a demonstration of both the level of confidence in this project, in London and internationally, and the strength of the relationships between the shareholders of Battersea Power Station and the banks.”