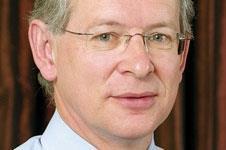 Shareholders reject £630,000 pay deal at AGM in Newcastle this afternoon

Bellway has lost a shareholder vote today over the company’s controversial payment of more than £630,000 in bonuses to executives.

The rejection of the pay deals comes after Bellway bosses controversially scrapped bonus targets due to the housing crisis and awarded new bonuses instead.

Fifty nine percent of the shareholders voted against Bellway.

Chairman Howard Dawe earlier said: "The board has noted shareholders' views on the report of the board on directors' remuneration and believes it was wrong in not consulting with major shareholders earlier.

"It therefore proposes to review future policy on this matter, in consultation with them, in the coming months."