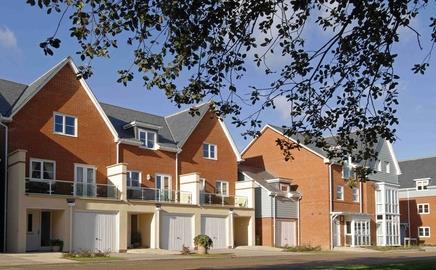 John Watson, the chief executive of Bellway, has expressed concern about the impact on mortgage lending of Lloyds TSB’s takeover of HBOS.

The deal will lead to HBOS, which controls about a fifth of the UK mortgage market, becoming part of Lloyds TSB which, with an 8% market share, has taken a more conservative approach to lending.

Watson said: “In the past, the new homes market has been well serviced by HBOS, which was dominant in the sector. The concern is about what Lloyds will do, and we are anxious to see what the details are.”

He was speaking after the housebuilder announced an 85% drop in pre-tax profit in the year ended 31 July 2008. The fall followed writedowns of £131m, which represented 8% of its land and developments.

Bellway’s turnover fell 15% from £1.35bn to £1.15bn but Watson said there were signs of market stabilisation. He declined to say that market had hit the bottom but said: “In the eight weeks since the end of our financial year sales have been relatively consistent.”

He also welcomed the government’s intervention in the banking system, which may shore up mortgage lending. He said:

“It puts stability in people’s minds, which is important for confidence.”

Bellway said it would now preserve cash, cut its cost base and ensure the group was ready when the market picked up.

Kevin Cammack, an analyst at Kaupthing, said: “This is an easy mantra that all housebuilders are reciting but Bellway is capable of delivering it rather better than most in my view.”

More on the banking crisis at www.building.co.uk/archive