Bellway the next housebuilder to begin reopening sites

Firm will begin remobilising from Monday

Bellway has become the latest housebuilder to say it will begin reopening sites.

In an update to the City this morning, the firm said it would start resuming work from Monday. Bellway said sites would be opened on a phased basis. 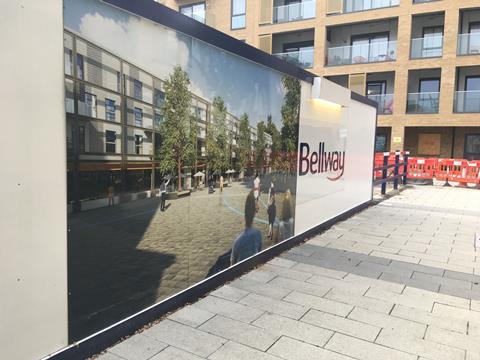 Bellway will start on those sites closest to completion first

It added: "Over recent weeks, Bellway has been reviewing the [site operating] procedures in order to establish a safe method of working for its site operatives.

"As a result, we have developed measures to ensure social distancing and have produced strict guidelines for workers on our sites."

It said it would first begin on properties which had been close to finishing before sites were shut last month. But it added that sales would remain down while its sales centres remained closed.

Bellway also confirmed that despite its initial decision to furlough approximately 75% of its near 3,000 employees, it was not immediately planning to claim the cash from the government.

It said: "The group is eligible to claim a grant for furloughed employees using the government’s coronavirus job retention scheme, however, the decision to submit a claim has been deferred until the group is in a better position to assess the financial effect of its planned site reopening programme."

The firm mainly furloughed directly employed site tradesmen, site managers and sales advisers and committed to paying these employees full basic salary throughout April and May.

Other firms to have reopened sites include Persimmon, Taylor Wimpey and Redrow.