Homes to be built at former Purley Way lido

Bellway is drawing up plans to build a 168-home scheme in Croydon with a grade II-listed diving board at its centre.

The housebuilder’s London arm has acquired a plot of land at the former site of the Purley Way lido, a public baths built in 1935 next to the former Croydon Aerodrome, the capital’s first airport.

The Art Deco lido was replaced in 1981 by a garden centre and the pool filled in but the diving board survived intact and was given listed status in 2013. 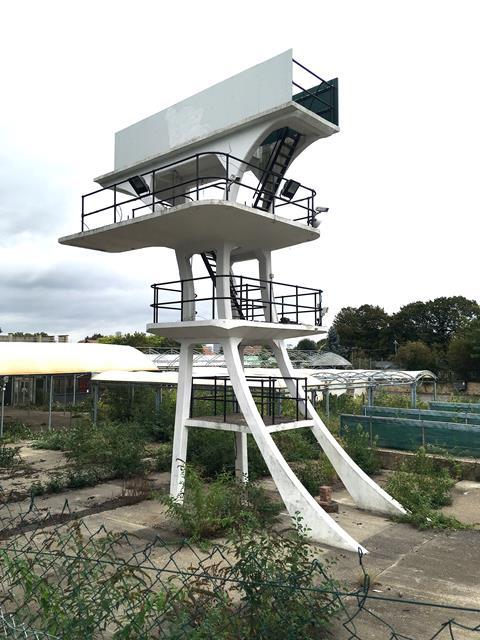 Bellway, which is due to give a trading update next week, is currently consulting with Croydon Borough Council and the Greater London Authority to finalise its application for the scheme, which will include the diving board as its centrepiece.

It will comprise a mix of one, two and three-bedroom apartments for both private sale and affordable rent, as well as 6,000 sq ft of commercial space for up to five retail or office units.

An estimated £2.5m in local community and infrastructure and section 106 contributions will also be paid as part of the deal.

Bellway is expecting to start on site later this year with the first homes completed by 2022.