The architect behind London’s Westfield shopping centre has announced its second project with Hong Kong China Travel Service, a mall in the coastal province of Ningbo.

Benoy has unveiled plans for the community-focused retail and commercial centre, which will be known as the Ningbo If mall.

The design includes three major blocks covering 46,000m2 that combine to give an L-shaped layout.

The masterplan has been designed to ensure the retail spaces face the well-developed Hongtu and Changxing Roads while the commercial business zone is adjacent to the parkland on the west side of the plot.

The centre will include a sports club, retail spaces, supermarket, cinema, a children’s entertainment and education area as well as the commercial business centre. 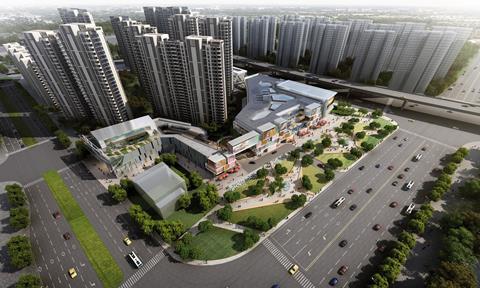 How the completed mall will look