London-focused housebuilder Berkeley has seen its share price slide despite announcing a 6.4% increase in pre-tax profit in company results for the year to April 30.

Berkeley said trading at the business remained “stable”, despite fears over the state of the market, with business in the new financial year in line with the end of the last – but it warned over the potential for a “volatile” operating environment to impact upon supply and demand.

Shares in the housebuilder fell back more than 5% on the news in early trading, wiping £200m off the £4bn value of the firm, with the losses compounding falls in the value of the company seen on Monday. 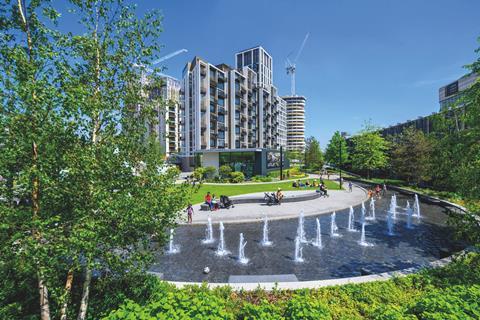 It also confirmed its previous guidance that its March purchase of the share of the St William joint venture from the National Grid, meant that it was on course to deliver profit targets for the next three years a year early, with pre-tax returns rising to £600m next year and £625m beyond then.

Berkeley’s statement gave few concrete numbers around current trading, the cost of fire safety repairs, and how it was being impacted by construction cost inflation, beyond stating that “on a blended basis across our portfolio we have been able to absorb these cost pressures through sales pricing”.

And the firm did give a variety of warnings around the potential impact on trading of the current economic, political and regulatory uncertainty in the light of Brexit, covid, the war in Ukraine, the fire safety crisis and the new tax burdens flowing from that.

Chief executive Rob Perrins said: “The economic and operating environment remains volatile with inflation, labour and materials shortages, interest rates and regulatory costs of development all having the potential to impact supply and demand.”

It added: “Our industry has also seen regulatory developments in building safety, including the Building Safety Pledge and RPDT [Residential Property Developer Tax], carbon related taxes and the Levelling Up and Regeneration Bill. These factors inevitably risk impacting companies’ capacity and appetite for investment and innovation.”

Regarding the government’s planning reforms, the firm said there was also a risk the government’s “laudable aims” were achieved “at the cost of limiting housing delivery and its social and economic benefits”.

It also admitted that two of its London regen schemes were currently subject to planning “call-in” by the secretary of state.

Shane Carberry, equity analyst at Goodbody said the results were positive, despite concerns that demand for new homes could drop due to rising interest rates. He said: “While inflation and interest rates both continue to rise, so do house prices, albeit at a slightly slower rate than earlier in this year.”