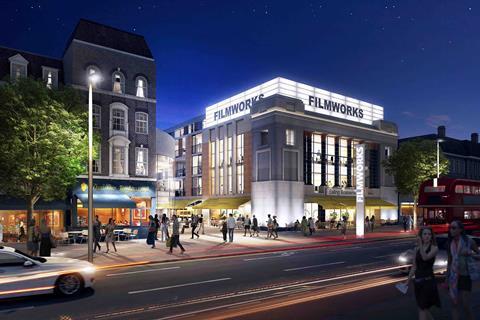 Since 2012 the retail developer has been working with Ealing Council to prepare the site for redevelopment. The site has planning consent for 75,000 sq ft of commercial space anchored by an eight-screen Picturehouse cinema, alongside 50,000 sq ft of retail space, 161 homes and public realm.

The government approved a compulsory purchase order last October, which Land Securities said at the time was “crucial” in allowing them to deliver the cultural quarter scheme. Construction had been expected to begin late this year.

St George managing director Michael Bryn-Jones said: “We are delighted to continue our investment in Ealing with the acquisition of Ealing Filmworks. It will complement the success of Dickens Yard delivering a much wanted cinema, fantastic new shops and restaurants in the heart of Ealing town centre, as well as high quality homes.”

Councillor Julian Bell, leader of Ealing Council, said: “This brings us a significant step closer to the cinema’s return to Ealing. The Filmworks scheme is a fantastic opportunity to revitalise a large part of Ealing town centre to create a cultural quarter, more jobs and new homes.