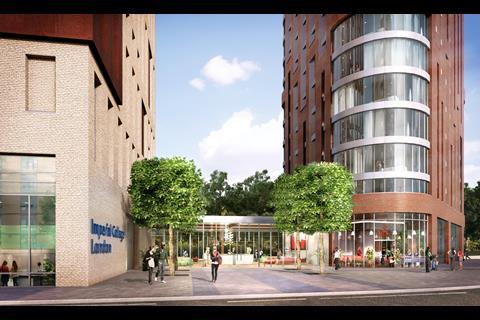 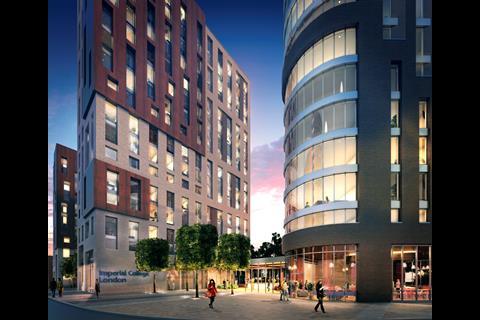 The 19-storey One Victoria Road development will provide 592 apartments and 66 studios as well as a coffee shop, restaurant, bar and gym.

Other options being considered for the communal space include a print shop, cinema, newsagent, chemist, study centres, lab space and Student Union space.

Development will commence in March 2013 and is due for completion in summer 2015.

Imperial College London will own and operate the accommodation for its undergraduate students.

The deal is the third partnership between Berkeley First and Imperial, following the development of Griffon Studios in Battersea and Orient House in Chelsea, both of which completed in 2012.

Matthew Biddle, managing director of Berkeley First, said: “We are delighted to be working in partnership with Imperial College again on this new landmark student scheme, which will be tailored to the specific requirements of Imperial’s undergraduates. Our focus will once again be on delivering exceptional quality and bespoke design, at attainable rents.”

One Victoria Road is the second student scheme developed in North Acton by Berkeley First, following the launch of The Costume Store, a 730-bed scheme delivered in partnership with University of The Arts, London in September 2012.