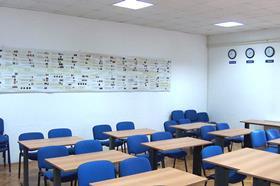 The Education Funding Agency has announced details of the bidders’ day for the third batch of privately-financed schools to be brought to the market through the Priority School Building Programme.

The £93m batch of schools in the North-west comprises 12 schools including two first schools, The Deanery Church of England High School and Sixth Form Centre in Wigan and Plymouth Grove Primary school in Manchester.

The main part of the bidders’ day will take place at The Deanery Church of England High School and Sixth Form Centre on 23 October.

There will be optional tours of Plymouth Grove Primary School on the following morning.

The EFA said the bidders’ day would provide an opportunity to hear more about this batch and details of how interested parties can get involved.

Last month Building revealed that Laing O’Rourke, Miller Construction and Sir Robert McAlpine had been shortlisted for the £120m batch of schools in the North-east, which was the second batch of private finance schools to come to market through the PSBP.

While in August, Wates, Morgan Sindall and Interserve were shortlisted for the first batch of Pf2 schools, a £150m batch in the Hertfordshire, Luton and Reading area.

More information on the bidders’ day can be found here.