Kier and Balfour Beatty are among the winners

Firms including Kier, Wates and Interserve have been handed spots on a £10.5bn public sector framework. 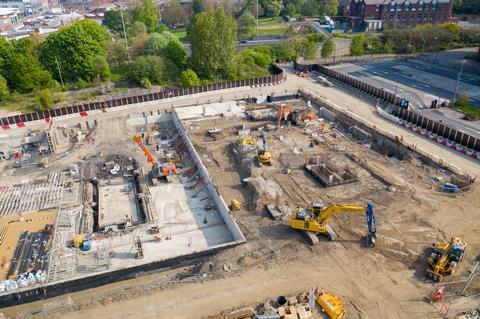 Balfour was joined by Bouygues, Graham and Sisk, as well as McLaren, McLaughlin & Harvey and Vinci on the highest value lot.

The framework, which is open to both NHS clients and the wider public sector, will run for an initial period of three years, and can be extended by an additional four years.

The framework has been divided into five value-based lots, with three of these divided into sub-lots based on geography. Lots four and five, which cover the highest value projects, are national.

Contractors were allowed to bid for up to two lots but could be appointed to any number of sub-lots within these.

NHS SBS was established by the Department of Health and Social Care in 2005 and is a joint venture between the department and Sopra Steria, specialists in IT and digital integration.

The deal has also been designed to support the government’s construction strategy by ensuring social value, sustainability and modern methods were incorporated into the original agreement.