Mace. Alinea and Morgan Sindall among the winners

Mace, Morgan Sindall and Alinea were among the big winners at last night’s Building Awards.

Morgan Sindall chief executive John Morgan was crowned the CEO of the Year, while Mace claimed the top gong for main contractors.

Morgan was recognised for his contribution to the construction industry, among a multitude of winners at the industry’s biggest celebration of the year. 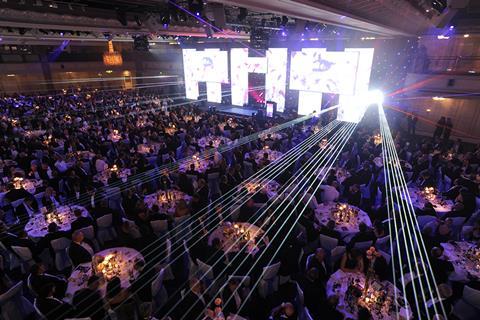 Hosted by Welsh comedian Rob Brydon, the ceremony was held at the Grosvenor House hotel and was attended by more than 1,200 guests from the UK’s leading construction firms.

Mace picked up the Major Contractor gong for firms with turnover of more than £300m, with Midgard winning the award for contractors under £300m. Mace also claimed Product & Technical Innovation of the Year for its Rising Village.

The award for Project of the Year was won by Foster + Partners’ Bloomberg building in London.

Core Five bagged the prize for Construction Consultant/Surveyor (for firms with over 100 staff), with Alinea coming out on top for those employing fewer than 100 people for the second year running.

Alinea partner Iain Parker was named Personality of the Year.

All the winners from last night’s Building Awards

Architectural Practice of the Year - Sponsored by Comar - AHMM

International Project of the Year - Sponsored by Aluprof - Msheireb Museums