Birmingham council has said it will appoint a new programme director for the 2022 Commonwealth Games later this month.

Neil Carney shocked bosses last month when he said he was leaving the role after just 18 months in post to spend more time with his children who are based in his native Ireland. 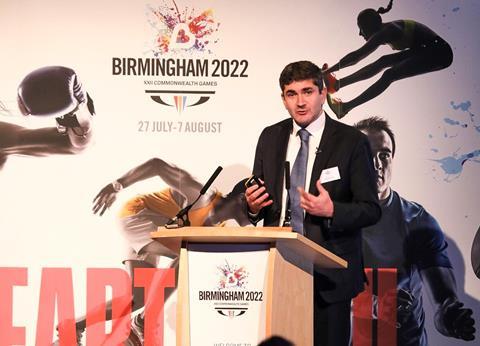 His decision meant the council was left scrambling to find a successor, who will be paid up to £124,000 a year.

The deadline for applications to replace him has now passed and a council spokesperson said: "We are hopeful to appoint before the end of December.”

Carney (pictured), who is the most senior council staffer to be dedicated to building the venues for the Birmingham games, was previously head of games operations for the 2018 Gold Coast Commonwealth Games in Australia and was also venue general manager at the 2012 London Olympics.

Under his leadership, the Commonwealth Games Village in Perry Barr won planning. It is being built by Lendlease.

Work to demolish Alexander Stadium has also begun, with a planning application submitted for the £72m revamp of the venue that will host the athletics and opening and closing ceremonies.

Arup has designed the stadium, while Mace is project managing the job.