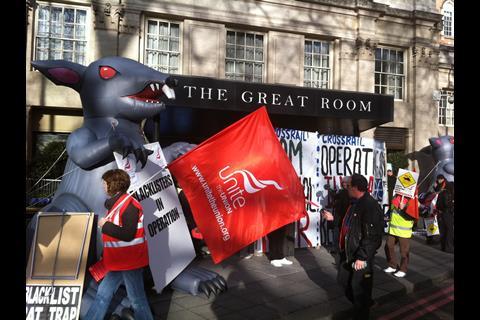 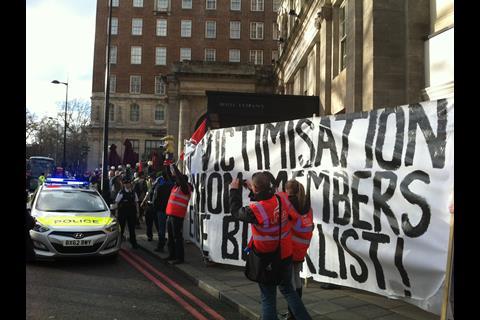 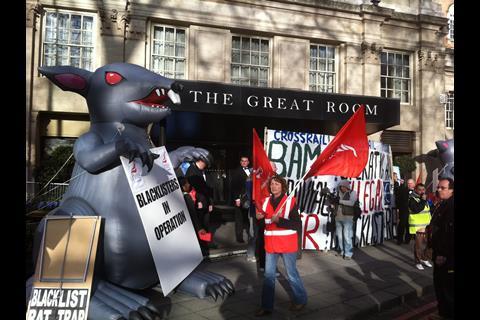 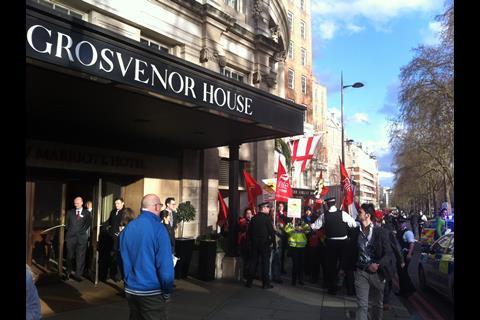 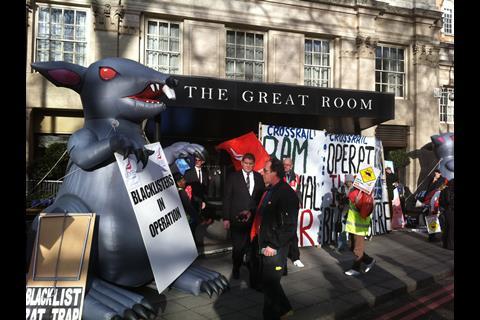 Dozens of protestors picketted outside Building magazine’s annual awards event, to protest against blacklisting in the construction industry.

Eyewitnesses said the protestors at one point blocked traffic on Park Lane, leading to scuffles with police.

The protest comes after Unite launched a campaign against Crossrail after accusing it of neglecting workers’ rights and failing to investigate claims that blacklisting is taking place on the £15bn project.

The protest came in the same week that an influential committee of MPs published the interim findings of their inquiry into blacklisting, which questioned the evidence given to the Scottish Affairs committee from contractors including Sir Robert McAlpine, Skanska and Balfour Beatty.