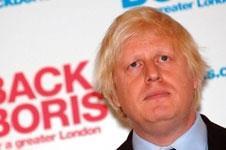 At a speech to mark the launch of the London Festival of Architecture, Johnson said that, contrary to speculation, he will carry on using the architect, who is a Labour Peer, and seen as a close ally of former mayor Ken Livingstone.

In addition Johnson said he will also recruit a team of different design advisors, including some from up and coming practices. He said: “I am extremely fortunate to have inherited Richard Rogers as an advisor, and I hope to recruit an additional panel of advisors – not just the great and the good, but from smaller practices too.”

Johnson also responded to widespread concern over his purported views on tall buildings. He said: “I am not opposed to all tall buildings. When Pugin and Barry introduced Big Ben, no doubt there were Westminster councillors making noises about it. However if proposals are gigantism for gigantism’s sake, I will have no hesitation in going against them.”

He added he was in favour of “high density communities.”

The London Festival of Architecture, which began last night, is running a series of events to celebrate architecture in the capital over the course of the next month. For more information see www.lfa2008.org .