St Albans contractor Borras Construction has begun work on a new boarding house for the choristers of St Paul’s Cathedral in the City of London.

Kilburn Nightingale Architects secured permission for the scheme on the site, which is split between grade I and grade II listed buildings, on behalf of St Paul’s Cathedral School.

The plans raise three floors of accommodation above the playground, with two to be used for choristers and another one for staff.

Work will also see the reconstruction of a dining hall extension, with the roof set to be used as additional play space, with the  hall connected to the main playground via a steel and timber bridge.

St Augustine’s was destroyed in the Great Fire in 1666, rebuilt to Christopher Wren’s design in 1680-96 and then bombed during World War II in 1941, leaving only the Wren tower. 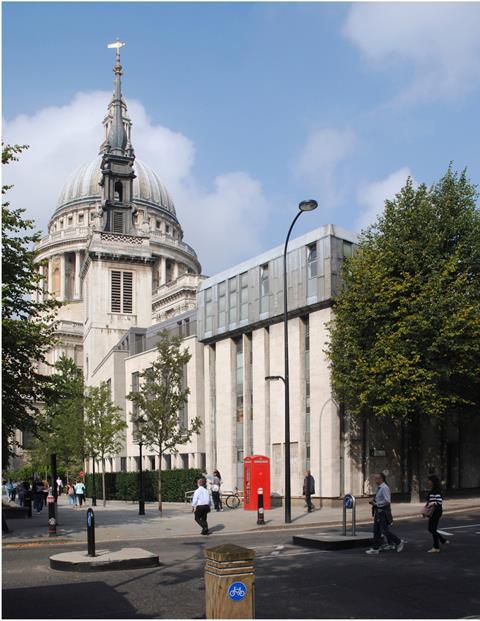