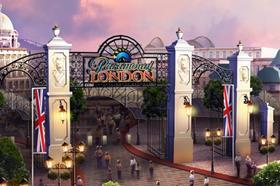 David Testa has stepped down as chief executive of London Resort Company Holdings (LRCH), the firm behind the planned £3.2bn entertainment resort London Paramount in Kent.

He is to be replaced with immediate effect by Humphrey Percy, who is also group chief executive of London Paramount’s parent company Kuwaiti European Holding Group (KEH).

The attraction on the Swanscombe Peninsula is earmarked to open in 2021, subject to a government decision on planning permission and following a £100m investment from Chinese firm SinoFortone in the 900-acre project.

The theme park will include an array of rises based on popular television programmes and Hollywood films, as well as a theatre, water park, hotels and nightclubs.

Percy said: “David Testa has decided to step back from the KEH Group and cease his roles within all Group Companies, including LRCH (London Paramount). David’s input into the project has been hugely appreciated and we wish him well in the next stage of his career.

“We are now entering a new exciting phase of the project as we carry out our final stage of consultation prior to submitting our Development Consent Order (DCO).

“This announcement reaffirms our determination to submit our application for the Entertainment Resort. After many months of review, revision and reappraisal we have a robust business plan for building a world-class entertainment resort in the UK and are ready to push forward. We are working closely with the local authorities, landowners and local community, as well as our other stakeholders, to deliver a global destination attraction.

“I am confident that now, we have the team, the partners and the plans in place to deliver a truly global destination attraction.”

The firm has also appointed former Morgan Stanley Corporate Services Operations Officer EMEA Mike Morrison as chief financial officer and promoted Kevin Doyle as DCO Coordinator, responsible for ensuring that a Development Consent Order (DCO) for the project is successfully submitted. Doyle has worked on the project since its conception.