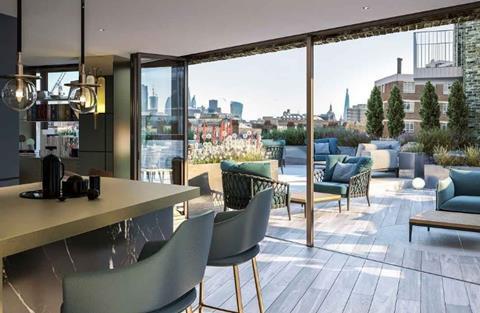 Taylor Wimpey bought the six acre site from Royal Mail last year for a reported £193.5m after planning had been granted and aims to eventually build 681 homes ranging from studios to three-bedroomed apartments (pictured), priced between £925,000 and £2.2m.

The contract for the first of four phases of the development is worth more than £100m and will see the construction of 214 homes in a building ranging from six to 15 storeys.

First completions are expected in 2020 and final completion by the following year.

Bouygues has previously worked with Taylor Wimpey on the North Wharf Gardens project in Paddington and Greenwich Millenium Village.