Scheme will feature more than 700 homes 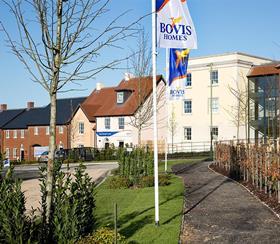 Bovis is to build a £195m scheme in Gloucestershire where more than a third of the homes will be affordable.

The housebuilder said it planned to start building the 725 homes at Twigworth, a village near Gloucester, next spring.

The development will feature 471 private homes, along with more than 250 affordable homes.

The site, previously used for farming, is currently being prepared for construction work to start, and under a section 106 deal Bovis said it would be building nursery, primary and secondary education as well as sports and leisure facilities, worth £7.6m.

Last month Bovis said it expected to report “significantly” higher profit for the first six months of the year when it publishes its first half results in September.