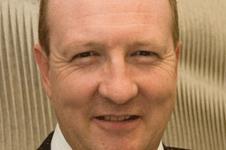 Contractor to target rail, nuclear and waste markets to combat effects of downturn

Bovis Lend Lease is carrying out a major restructuring in response to the recession, as part of a business overhaul that will see it move into rail and nuclear markets.

Chief executive Nick Pollard, who took over from Murray Coleman last year, told staff yesterday that he is instigating a series of changes in a drive to improve profitability and cut overheads.

These include targeting the rail, waste and nuclear new build sectors to reduce the company’s reliance on its traditional markets, which have focussed heavily on commercial work.

To support the move into these markets the company is merging its consultancy and engineering functions – currently carried out by Bovis Lend Lease Technologies and Lend Lease Projects - into a single division, Bovis Lend Lease Consulting.

The move will mean the closure of the company’s Elstead office and an unspecified number of redundancies, as the company rationalises its support staff.

The company is tasking a new unit, Lend Lease Project Management, with improving the way the company bids for work, particularly in the PFI sector. The division will be led by Nick Saclley and will have responsibility for cost planning and design management.

The drive to improve profitability will also see Peter Varga, UK head of operations, take direct responsibility for procurement and planning. In another staff change, Paul Johnson, the chief commercial officer, is leaving this month to join Apollo. His role will not be replaced, but will be split between the chief financial officer and the commercial directors of individual businesses.

Nick Pollard said: “Since autumn last year we’ve been researching to find where we believe the economy will recover the most strongly and quickly with a sustained market place. This pointed firmly to the rail and waste to energy sectors. They align closely with the government agenda, and are sustainable markets with a sustainable product.”