Bovis set for profit boost in 2018

Housebuilder expects to see a ‘significant improvement’ next year 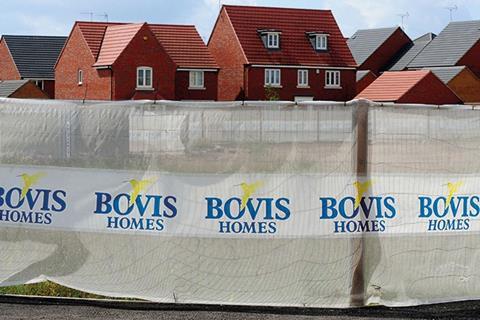 Bovis expects to make a “significant improvement” in profits for 2018, once the housebuilder has executed a turnaround of the business led by new chief executive Greg Fitzgerald.

In a trading update the group said profit for the current financial year, before exceptionals and one-offs, would be in line with expectations, and it would see an upsurge in profitability next year once the impact of transforming the business had bedded in.

Former Galliford Try boss Fitzgerald was lured out of retirement earlier this year to stamp his managerial mark on Bovis, which had been the subject of takeover approaches from his old employer and Redrow and hit with a raft of customer complaints over quality issues with its newly-built homes.

In its latest trading update Fitzgerald said the business had seen marked improvement in customer satisfaction scores throughout the year, as it implemented new quality control programmes.

The group was fully sold for its targeted completions throughout 2017, with an average sales rate over the period of 0.52, up from 0.48 in the first half.

It also expected to ramp up the average selling price of its houses over the full year beyond the £277,400 seen in the first half.

It also confirmed it would take a £4m charge to profits relating to restructuring the business, a move which was announced in September and which will ultimately see 120 people lose their jobs.