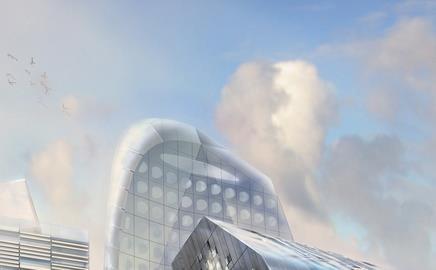 Bovis Lend Lease is on the brink of being appointed to build “Darth Vader’s Helmet”, as the Stanhope development at Walbrook Square in central London has become popularly known.

It is understood that Bovis is in advanced discussions on the project, designed by Foster + Partners and Jean Nouvel. An appointment is expected in weeks.

It has also emerged that Bovis, whose southern division says it has turned away £2bn of work this year, is restructuring the way it procures its supply chain because of the need to bring on board more subcontractors.

The company is working with information service provider Achilles to create a database rating subcontractors on a variety of performance criteria including safety and quality. Bovis is also in talks with other contractors and clients over the possibility of pooling the scheme’s data.

The Walbrook Square appointment comes as designs are finalised for the scheme. It is understood that the central building’s distinctive top section, which led to the nickname, has been softened since the original visualisation (pictured).

The company, one of a handful of contractors with the expertise to work on complex commercial projects, also went for the Walkie-Talkie tower in the City where it was beaten by Mace.

Meanwhile, it emerged this week that Bovis is embroiled in legal battles with subcontractors on two high-profile contracts.

The company is in adjudication with Exterior Profiles, a cladding contractor that worked on the Bridgewater Place development in Leeds, over payment issues. Bridgewater Place was one of the projects that Bovis blamed for a £48m writedown earlier this year.

Bovis terminated the contract of Exterior in September 2006 after a dispute over payment. Exterior later entered into a voluntary liquidation agreement with its creditors.

It has also emerged that Bovis is in adjudication with Axima, an M&E contractor, over work on the £160m Civil Justice Centre in Manchester, which opened in October, five months behind schedule.

Axima scaled back its business to focus on the South earlier this year after suffering financial difficulties in its northern business.