John Sisk & Son has announced that Stephen Bowcott has replaced Gary Crabtree as its managing director. 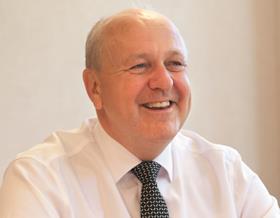 He will take up the role in September, replacing Gary Crabtree, who will remain with the business in an advisory capacity, a statement from Sisk said.

Previoisuly Bowcott was chief operating officer at Kier following its takeover of May Gurney in 2013. It was announced in April that he was stepping down from the role.