BREEAM to launch in the Gulf 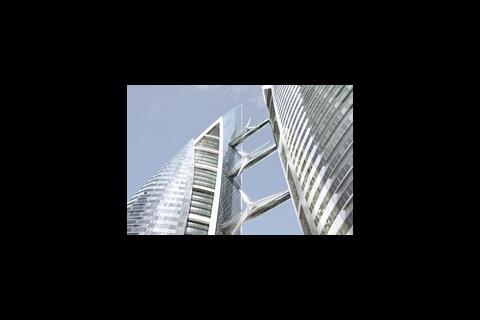 BRE has adapted its environmental assessment guidelines for the Middle East

The BRE is to formally launch BREEAM in the Gulf.

The BRE has been working with Atkins and Carillion to adapt its BREEAM guidelines so that they relate to the Middle Eastern climate. It will formally launch them at a green conference in Dubai on 28 October.

The new guidelines have been adapted to take into account issues such as climate difference, water desalination, and ecology. As well as drafting a new set of guidelines, the BRE has also tested them on a number of unidentified pilot projects.

Alan Yates, technical director, said the move was a step forward for BREEAM.

He said: “We have taken the UK scheme and ripped it apart. We’ve addressed issues of climate, cultural and construction differences, materials availability. We’ve talked to local people and British companies out there to steer the criteria, and made significant changes.”

Among these, he said, were to the ecology guidelines: “As everyone knows, in the Middle East there are many sea or marine reclamation projects under construction. We just weren’t used to those types of construction practices.” The BRE worked with a local ecologist to look at the impact of building reclaimed islands.

We have taken the UK scheme and ripped it apart. We’ve addressed issues of climate, cultural and construction differences, materials availability

LEED, the US green building regulations, released LEED Emirates in October last year, and has now become standard for many construction projects in the Gulf. Yates said BREEAM would not compete with, but would complement the American regulations.

He said: “I don’t think it’s appropriate to move to a single, global methodology. Our green building council (GBC) has been working with the US and Australian GBCs to look at opportunities for dual certifications. There are many common metrics, so it makes sense to look at them in the same way. There is a benefit to having both.”

The BRE is also setting up an assessor network in the Gulf, and asked for anyone interested in training to join its courses, which will start in December.

The news comes as Abu Dhabi prepares to launch its own sustainable guidelines, entitled Estidama, which is Arabic for sustainability.

The Abu Dhabi Urban Planning Council will unveil Estidama at the Green Abu Dhabi conference, with an indepth introduction of the benefits of building green.

Estidama hopes to ensure buildings in the emirate are constructed and operated with leading principles of sustainability.