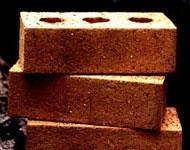 Michelmersh Brick Holdings has issued a profit warning alongside its financial results for the six months to the end of June.

He said proceeds from the company’s landfill operations were also likely to be below expectations and that the board now expected the company to only break even for the full year.

“Our business model has been based for some time now on a flat market, focused on the South East of England, with funding constraining demand despite the many government initiatives to attempt to arrest these conditions,” he said.

“We can survive in these conditions and will thrive when conditions improve.

“Despite the difficult trading conditions, positive trading cash flow and proceeds of future land asset sales will mean that the group will continue to develop the business while seeking opportunities for growth.”

Gadsden said the firm planned to focus on developing its premium position in the brick market and on concluding its Telford land sales.