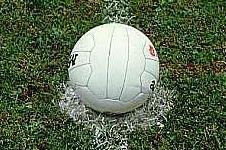 Bristol City Football Club's proposal to build a new £65m stadium on greenbelt land has won the provisional support of the local authority.

City council planners have said they are minded to approve the Ashton Vale development when it is resubmitted with some requested amendments.

At a five-hour meeting yesterday to consider the proposed 30,000-seater stadium development, planners asked for the housing element of the scheme to be removed.

The revised plans, which must also take into account further transport proposals, will be resubmitted to the development control committee in six months' time.

The club indicated that the changes would create a £5.5m shortfall but that it was pleased with planners' agreement to the greenbelt location of the scheme, which also includes a hotel and conference facilities.

However, some environmental groups oppose the development, which they say will place endangered wildlife under further pressure and put a strain on transport infrastructure.