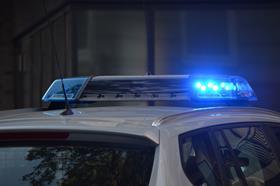 A murder investigation continues following the death of a construction worker on a Camden site.

Police were called to reports of a man injured on the roof of the Pressman Mastermelts building in Hatton Garden, on 17 April.

A 47-year-old builder who was carrying out work at the site was pronounced dead at the scene.

Initial reports indicated that the man may have fallen from height, but police now believe he was the victim of a serious assault.

A post-mortem examination has taken place, with the cause of death now believed to be a blunt force trauma to the head.

DCI Marks said: “Our enquiries have established that the victim was viciously attacked by a male suspect who is understood to have worked at the same site.

“We continue to appeal for information to trace a man who made off from Hatton Garden towards Chancery Lane, and boarded a Central Line train at Chancery Lane tube station at around 14:15hrs.”

The man is described as a white male, aged in his mid 20s. He was wearing a navy blue fleece jacket, blue jeans and brown workmen’s boots.

A 24-year-old man was initially arrested on suspicion of murder on 18 April. He was taken to a south London police station.

He was subsequently de-arrested for the murder offence, and then arrested on suspicion of assisting an offender.

He has been bailed pending further enquiries to a date in mid-May.

If you have any information that could assist the investigation, please call the incident room on 0208 358 0200 quoting CAD 4481/17Apr. Alternatively, call independent charity Crimestoppers on 0800 555 111 if you would prefer not to give your name.