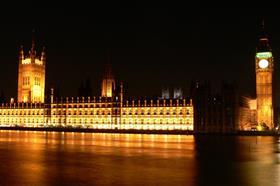 Building has today launched its Agenda 15 manifesto for the next parliament, drawn up after a year of consultation with the industry.

The manifesto has been put together with the help of industry experts and a public consultation and aims to persuade the political parties to commit to policies in advance of this year’s general election that better support the industry as the economy recovers.

The manifesto calls for the setting up of an independent infrastructure body, along the lines of that suggested by the Labour Party-commissioned Armitt Review, and for an infrastructure minister overseeing implementation to sit in cabinet.

The full manifesto has a host of recommendations to aid the industry, including the creation of a national programme of retrofitting homes and the reinstatement of a national housing target with a genuine implementation plan to back it.

Continuing concerns over the shortage of skills in the industry are also identified by the manifesto as a key priority. It calls for any future government to complete its review of the Construction Industry Training Board, confirm the continuation of the industry levy to pay for training, and make a mandatory requirement for contractors to train staff on sizable public sector projects.

The manifesto’s recommendations can be distilled into eight key actions. These are:

Building is calling for the industry to get behind its proposals, in order that they are given more weight when we take them to the political parties. To indicate your support, please sign up here on the website.