Ex-WSP IT boss takes on new role at consultant

Buro Happold has beefed up its expertise in digital services by appointing former WSP IT boss Tony Scott as its new global technology director.

A former chief information officer at WSP, Scott (pictured) has worked for Buro Happold since May this year as its digital transformation director.

But his new role will see his brief extended to cover the firm’s 23 locations around the world. 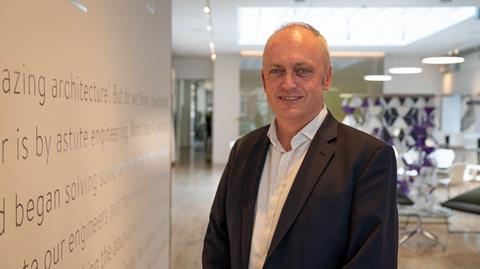 James Bruce, Buro Happold’s chief operating and financial officer, said Scott would speed up the firm’s adoption and integration of digital technologies into its work.

As well as WSP, Scott (pictured) has worked in lead technology roles at Arup and Atkins, while he also headed up IT group strategy at Lloyd’s of London and its architecture team.

Schemes Buro Happold has recently been working on include the new Tottenham Hotspur stadium, which recently hosted its first two NFL American football games earlier this month under a 10 year deal to host two NFL matches a year at the ground.