West Yorkshire developer and contractor Caddick is branching out of its northern heartland and eyeing jobs in London and the South east with a new office opening in the capital.

The firm is chaired by Paul Caddick, the owner of the Headingley cricket and neighbouring rugby ground (pictured) along with Leeds Rhinos rugby league club after taking over the pair back in 1996. 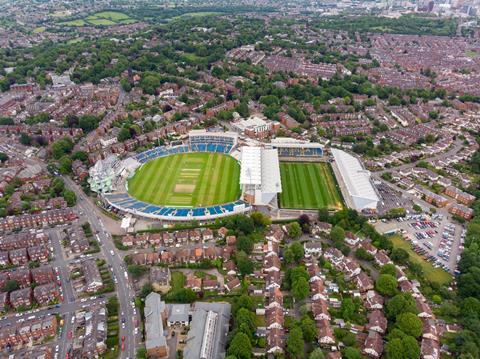 Caddick, which has moved its London office from Grosvenor Street to nearby Regent Street, has around eight staff in the capital but the firm has more space at the site as it looks to scale up.

Caddick works in civils, construction and development of industrial and residential property.

It recently completed an overhaul of Headingley ahead of the ground hosting last August’s Ashes match between England and Australia which became memorable for England all-rounder Ben Stokes’ match-winning score of 135 not out.

Johnny Caddick, Caddick Group director, said: “Having recorded a successful 2019, we look forward to entering the new year with a growing team and with a new headquarters in London that will help drive our growth in the capital and South east.”

Under its plans, Caddick has brought in Charlie Adcock from student residential firm Summix Capital as the firm’s acquisitions manager to target sites for development in the South east.

And Alastair Smith joins the firm from developer Town Centre Securities as an associate director. He will be in charge of schemes in Leeds.

Its latest company accounts filed at Companies House show revenue at the contractor shot up by almost 50%, to £227m from £152m in the year to August 2018.

The hike was derived from an 260% increase in its property development revenue, with construction income dipping slightly to £90m.