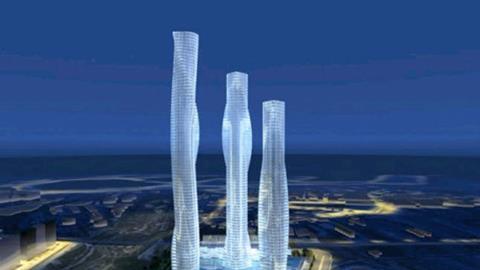 Santiago Calatrava’s Valencia scheme is unlikely ever to be built

Spanish politicians have reacted with dismay after court papers revealed the Valencian regional government paid £13m to renowned architect Santiago Calatrava for a project that is unlikely ever to be built.

The recession-hit region splashed the cash on the scheme in four installments up to 2004, prior to the country’s property crash.

The Calatrava-designed scheme - which includes three skyscrapers and eight residential blocks - has since been shelved indefinitely.

According to court documents seen by the Daily Telegraph, the architect was paid €15.2m (£13m) for his work.

A spokesman for the Valencian government defended the spending:

“It is a model that could be used at a later date and as such is an asset owned by the Generalitat Valenciana,” he said.