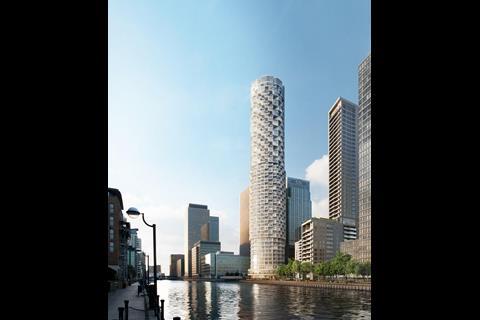 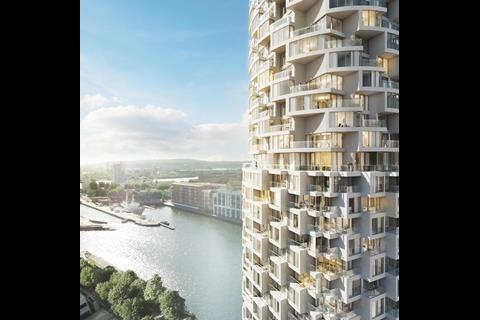 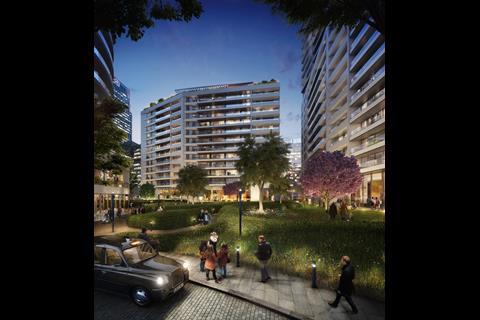 The scheme, submitted for planning permission yesterday, will also comprise 2.57m sq ft of new offices focused on media, technology and telecommunications companies, as well as more than 100 new shops, restaurants and cafes, across 340,000 sq ft of space at street level.

The first phase of the scheme will include 884 residential units in three buildings, designed by Herzog & de Meuron and Stanton Williams, totalling 1,080,179 sq ft, and two office buildings totalling more than 216,000 sq ft, designed by Allies and Morrison.

The developer said the revised masterplan will broaden Canary Wharf’s appeal as a working and living urban district.

He added: The revised masterplan will create a strong and complementary mix of uses, and provide new homes, offices and retail spaces set within a network of streets and public spaces, designed to support the social life of new residents, employees and the surrounding community.

“The principle achievement of the masterplan – the ‘glue’ which holds the neighbourhood together – will always be its well-considered network of streetscapes, squares, parks and water spaces.

“We are building a community that will both support, and be supported by, the success of Canary Wharf and the 110,000 people that work and visit Canary Wharf each day.”

If planning permission is granted, construction is expected to start in the fourth quarter of 2014, with the first buildings completed in 2017.