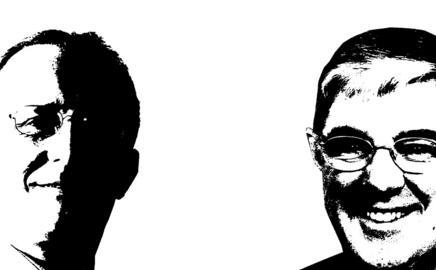 Management at Alfred McAlpine consider other offers in wake of deal

John McDonough, Carillion’s chief executive, is engaged in a battle to retain senior staff at Alfred McAlpine after agreeing a £572m takeover deal for the company this week.

Carillion announced on Monday that it had agreed a 558p per share price for McAlpine, 27p below its previous offer. This

will create the UK’s second largest contractor with a turnover of £4.7bn. The deal is expected to be completed in February.

Carillion is understood to want to avoid the staff losses that occurred after it purchased Mowlem in 2005.

It’s a good price. It reflects what’s been going on in the equity market over the past few months, but the strategic
logic of the deal was a key consideration

McDonough said this week that redundancies were expected to be restricted to backroom staff, and would be “limited”. He said: “We are very impressed with McAlpine’s management and people, and that’s not a load of bull. We are acquiring this business for growth.”

It is understood that Carillion has been consulting senior Alfred McAlpine staff but it faces a struggle in retaining them.

Ian Grice, McAlpine’s chief executive, is expected to quit once the deal is finalised, and other senior staff are considering their options.

A number of what one McAlpine source described as “key senior people” have been approached by rivals since the offer was announced last month. Sources added that many of McAlpine’s senior staff did not relish working within Carillion’s famously centralised management structure, which is run out of its headquarters in Wolverhampton.

McAlpine’s key staff include Craig McGilvray, the head of its business services division, and Matt Swan, the managing director of project services.

We have been very impressed by McAlpine’s management and
people, and that’s not a load of bull. We are acquiring this business for growth

McDonough said it was “too early to comment on individuals”.

A senior McAlpine insider said: “At operational level this is very much a merger, so nobody is overly worried about job losses.” He added: “Nobody will go until the deal is finalised but it’s a busy market, and a lot of people Carillion wants to keep have had good offers from others.”

The 558p per share pricetag is substantially below the 585p indicative offer that prised open McAlpine’s books last month.

It is also below the level of

the two previously rejected bids by Carillion that McAlpine’s board dismissed as too low – the first was 560p a share in August and the second was 570p in October.

Although the price is still a 24% premium on the share price in August, it is just 5% above where the price stood before October’s announcement of the earlier approaches.

McDonough put the change down to market conditions and denied it had found anything during the due diligence process that had affected the price.

Carillion and McAlpine insisted that the commercial logic of consolidation outweighed construction market turbulence. However, some analysts have wondered whether Carillion could have got a lower price for the company.

For reaction to the deal, go to www.building.co.uk