Carillion hits out at Balfour over 'unilateral' end to merger talks

Carillion says it is still considering its position over merger, saying it still believes there’s a “powerful” case to combine two firms 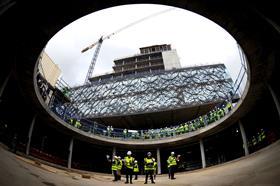 Carillion has hit out at Balfour Beatty’s “unilateral” move to end discussions over a possible merger between the two construction giants, saying the firm still believed there was a “powerful” case for the two firms to merge.

In a statement this morning, which came in response to Balfour Beatty’s earlier announcement that it had terminated the merger talks, Carillion said it still believed “in the powerful strategic rationale of a combination [between the two firms] and the capability of such a combination to create very significant shareholder value”.

Carillion said Balfour Beatty had “unilaterally terminated” the merger discussions, following a meeting of Carillion’s board yesterday, when the firm concluded that for the merger deal to “satisfy Carillion’s requirements […] it would be essential to retain the stability and dependability of Parsons Brinckerhoff’s earnings”.

The firm added: “The board of Carillion is surprised by Balfour Beatty’s reaction as the work to date has led to increased confidence in the potential to realise very material value for the benefit of both sets of shareholders.”

Carillion said it would now give “further consideration to its position”.

The firm added: “Carillion will make a further announcement in due course. In the meantime, there can be no certainty that any offer will be made by Carillion or as to the terms on which any such offer might be made.”

Balfour Beatty had announced its intention to sell its consultant arm Parsons Brinckerhoff to refocus on its UK and US construction businesses, in a move that was widely seen as an abandonment of its long-term strategy of diversifying into a global construction and professional services company.

The announcement followed a dire period for the firm, with a series of profit warnings prompting the exit of chief executive Andrew McNaughton in May.

When the two firms announced they were in merger talks last week they said that Balfour’s sale of Parsons would be unaffected.

Analysts this morning said Balfour Beatty had been left in a “weak” position following its move to terminate the merger talks.

Stephen Rawlinson, an analyst at Whitman Howard, said: “We can see that Balfour Beatty might be annoyed that Carillion may now think that the merged entity might wish to keep Parsons having previously indicated the sale could go ahead.

“But equally, a hasty sale of Parsons from a position of weakness which Balfour Beatty is now in does not help either company.”

He added that Carillion was “correct” to want to keep Parsons as part of any future combined entity.

He said: “From Carillion’s perspective the discussions were always going to be low risk and the change of heart on the sale of Parsons was correct in our view given that the integrated model works in the USA from what we can see, but not in the UK, especially in the type of regional contracting on which Balfour Beatty is focused.

“The prospects for Carillion remain very positive and this may be a lucky escape.”

This week market commentators suggested a number of firms were looking at £167m-turnover Parsons, which Balfour Beatty acquired in 2009, with Atkins, WSP and CH2M Hill all mentioned as possible buyers, along with steel giant Tata and Chinese firms looking to enter the UK professional services market.

Atkins, WSP, CH2M Hill this week all declined to comment on whether they were interested in Parsons. 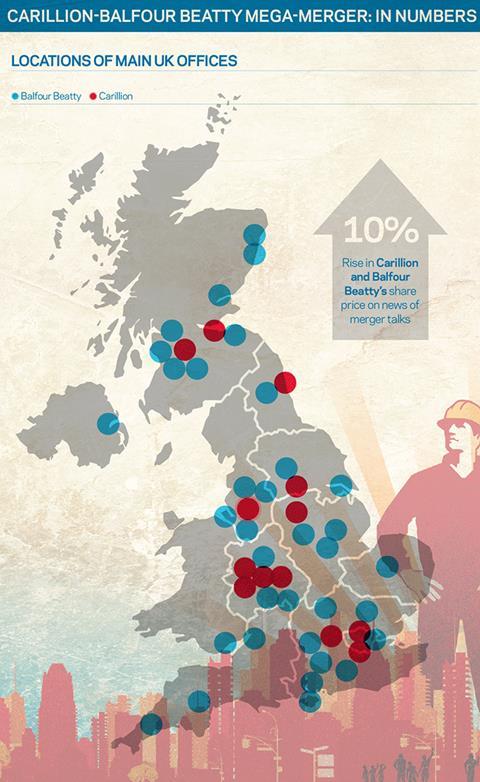