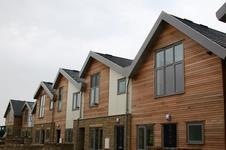 The chancellor this morning confirmed he was preparing a package of measures designed to help struggling homeowners, amid speculation the Treasury is about to temporarily scrap stamp duty.

Alistair Darling, speaking on the Today programme, refused to rule out a temporary freeze on stamp duty. He said: “We will be able to announce further measures in the Autumn to help people with housing, and through them the housing industry.”

Darling said: “I am looking at a number of measures, and, you know, I’m not going to be drawn on that today, because, you know, we have not concluded what exactly we need to do.”

A spokesman for the Treasury later refused to confirm or rule out changes to stamp duty, saying there was no plans to change the system “at the moment”, but that taxes were always kept “under constant review.”

Housebuilders and estate agents have been campaigning for stamp duty relief and reform of the tax since the start of the credit crunch.

Stewart Baseley, executive chairman at the Home Builders Federation (HBF) welcomed the reports. He said: “It shows that Minsters appreciate the problems the current housing market situation is causing. However, it needs to form part of a coordinated package of measures including crucially action to get liquidity back in to the mortgage market, as well as further steps to assist first time buyers and moves to ensure much needed housing production is maintained. ”

David Bexon, managing director of SmartNewHomes.com, said: “If it is true, scrapping stamp duty over the short term is likely to entice a surge of buyers back to the market. However, we need to see this action coupled with the freeing up of mortgage finance if it is to prove a real success.”