After a year of scrutiny, which has seen concerns over the scheme’s impact on issues ranging from the local bat population to traffic levels, members of the council’s planning committee are now being recommended to give the authority’s planning chief delegated powers to approve the project when they meet next week.

The practice, which was responsible for the 2008 Beijing Olympics’ “Bird’s Nest” stadium, said its Chelsea design had been inspired by the gothic architecture of Westminster Abbey, which once owned the Stamford Bridge site and the brickwork of Fulham’s terraced streets.

In a report to Hammersmith & Fulham’s January 11 planning applications committee meeting, case officer John Sanchez advises members that Herzog & de Meuron’s design has “has met the demands of a potentially difficult brief” and “builds upon the historic context of previous stadia on the site”.

He continues: “The resulting design is a high quality piece of design and a unique architectural solution. It would have the landmark qualities of a significant sporting venue with a clear identity and would declutter and unify the site.”

Sanchez concludes that there will be “no significant adverse effects as a result of the proposed development on any of the identified heritage assets, with the exception of the Billings and Brompton Conservation Area”.

The report said government heritage adviser Historic England had observed that the new stadium would complement the setting of the nearby Grade I listed Brompton Cemetery “to a greater degree than the present stadium, due to its uniformity and on the understanding that the new stadium is no higher than the existing [structure]”.

If councillors follow the recommendations in the officers’ report, delegated powers to approve the development will be subject to the support of London Mayor Sadiq Khan, and a long list of conditions.

Chelsea has previously targeted a 2021 completion date for the stadium. 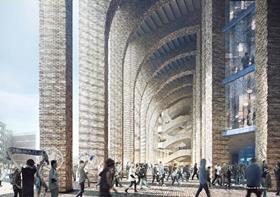