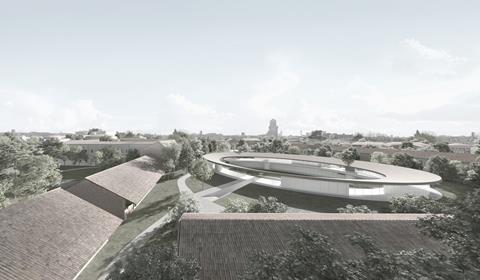 Foster + Partners is among a string of firms beaten by David Chipperfield Architects in an international design competition for a new campus at a university in Italy.

Chipperfield is collaborating with engineering company Steam on the PiaveFutura project for the University of Padua, 40km west of Venice.

It will see a new campus built for the department of social and economic sciences on the former Caserma Piave barracks, a 50,000sq m complex between the two city walls in the south-west of Padua’s historic centre.

The existing complex includes buildings of the former Sant’Agostino convent which were used by the barracks from the 19th century.