Exclusive: Skills body CITB puts restructure that could have cost up to £7m on the ‘back burner’ amid mounting problems 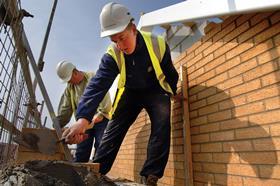 The industry’s skills council has shelved its multimillion-pound modernisation drive amid mounting problems including a lack of government support, Building can reveal.

The CITB, which is mainly funded by industry firms through a levy, but is overseen by the Department for Business Innovation and Skills (BIS), had planned a major restructure dubbed Project Orion.

The initiative, which CITB says could have eventually cost up to £7m, included creating a separate commercial training business to compete with private sector training providers.

Last year, CITB chairman James Wates said Project Orion would allow the CITB to be “more commercial and more agile in terms of competing”. “[Organisations] need to be agile or you get left behind,” he said.

But this week, Wates told Building that Project Orion had been “put on the back burner” amid the departure of CITB chief executive Mark Farrar last month.

A CITB spokesperson said around £200k had been spent on Orion so far and added that “one of the reasons for drawing Orion to a halt was that the ultimate cost was judged to be far too expensive”.

Project Orion, signed off by the CITB board in late 2011, was intended to span several years and allow the organisation to provide a more holistic service to the industry with money raised by the new commercial arm ploughed back into developing this service.

But Building understands that BIS opposed the commercial operation because of the risk to taxpayers’ money.

A member of the CITB board, who did not wish to be named, also claimed Orion was “all over the place” from the outset.

“The problem was they never kept it simple,” he said. “They spent a fortune on external agencies and it just crashed.”

The revelation that Orion has been shelved comes at a crucial time given that the CITB is facing a review by BIS next month for the first time in three years.

Commenting on the view of BIS, Wates said: “I don’t think they were objecting but they were acting with due caution. They see their role as ensuring that public money is well spent. We have had the argument with them that this isn’t public money but industry money.”

Wates said that halting Orion would lead to further financial costs but declined to estimate these. He said the body still wanted to put in place a restructuring programme but that said this would not take place until a permanent chief executive has been appointed.

The organisation’s annual report and accounts for 2012, published this week, revealed that the IT improvement part of the modernisation drive has also been halted, with individual elements “abandoned”, resulting in a write-off of £1.6m.

Erika Stoddart, the CITB’s director of corporate services who was in charge of the IT programme, has resigned with effect from next month, according to the annual report.

Wates said: “It’s disappointing because everyone knows IT projects have the tendency to go slightly awry and this one did.”

He added the CITB is in good financial shape and retains the support of the industry.

“But [CITB] could be better and it is always our intention to make it better,” he said.

He said the board was now more involved and that William Burton, interim chief executive, will “keep the wheels turning” until a permanent chief executive is appointed, ideally before the end
of the year.

A BIS spokesperson said “the decision to suspend the Orion programme was one taken by the CITB-ConstructionSkills Board.”

Key points from the CITB’s 2012 annual report and accounts: