CITB to reduce staff numbers to stay in line with industry 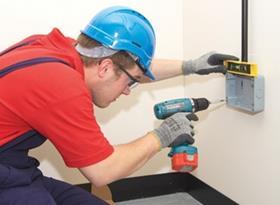 Construction training body the CITB is to look at reducing its headcount after staff numbers rose 7% in the past year, despite the industry itself continuing to shrink.

The CITB confirmed it now directly employs around 1,374 staff, up from around 1,285 a year ago. This is despite continuing falls in overall industry employment and construction output dropping 8% last year compared with 2011.

Last week Building revealed that the CITB, which is funded mainly by the industry through a levy, had shelved its multimillion-pound modernisation drive amid mounting problems, including a lack of support from government.

CITB chairman James Wates confirmed there had been a “creeping up” of staff numbers at the organisation over the past 12 months. This is despite an earlier reduction in numbers from around 1,400 in early 2010.

Wates said the rise was being looked at by interim chief executive William Burton, who took over at the CITB last month following the departure of previous boss Mark Farrar.

“I am not content to see this [rise] at all,” Wates said. “There is an element of headcount increasing from part-time working but what we can’t do is be in isolation from the industry.”

No new strategic direction will be set for the CITB until a permanent chief executive is appointed, potentially before the end of the year. However, Wates refused to rule out the possibility Burton might oversee job cuts before then.

A source close to the organisation said CITB staff fear for their jobs following the change in leadership. The source said: “People […] are looking over their shoulders.”

Burton declined to comment but a spokesperson for the CITB said of the staffing rise: “Some of the new posts are covered by contractual (non-levy) income and support the delivery of specific activities such as apprenticeships.”