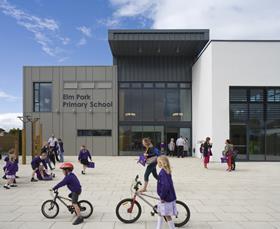 Michael Gove’s insistence that the built environment of schools is not a major factor in improving learning outcomes has been directly challenged by new research that reveals classroom design has a significant impact on the academic performance of primary school children.

The pilot study by the University of Salford and architect Nightingale Associates, found that the classroom environment can affect a child’s academic progress over a year by as much as 25%.

The study runs counter to the view established within the Department of Education (DfE) under education secretary Michael Gove, who has consistently downplayed the importance of the school environment, insisting that the quality of school buildings has little impact on the performance of teachers or pupils.

In July, Building revealed the results of an analysis of educational attainment in schools built under the Building Schools for the Future Programme, which found that “significant improvements” in attainment and attendance were made in around two-thirds of the schools studied.

The study, which had not been published, had been buried because it was “politically inconvenient”, a source close to the DfE said at the time.

This latest study goes further, saying that 73% of the variation in pupil performance driven at the class level could be explained by the built environment factors measured.

The year-long pilot was carried out in seven Blackpool LEA primary schools, with 34 classrooms with differing learning environments and age groups taking part.

The study collected data from 751 pupils, such as their age, gender and performance level in maths, reading and writing at the start and end of an academic year.

Other issues such as flexibility of space, storage facilities and organisation, as well as use of colour were also evaluated.

Comparing the “worst” and “best” classrooms in the sample, these factors alone were found to have an impact that equated to the typical progress of a pupil over one year, the study found. It concluded that the proportionate impact of the built environment factors on learning progression, in the context of all influences together, equated to a 25% contribution on average.

Professor Peter Barrett, School of the Built Environment, University of Salford said: “It has long been known that various aspects of the built environment impact on people in buildings, but this is the first time a holistic assessment has been made that successfully links the overall impact directly to learning rates in schools.

“The impact identified is in fact greater than we imagined and the Salford team is looking forward to building on these clear results”.

Nightingale Associates said it would use these initial findings to inform their designs and work with schools undertaking refurbishment or build new projects to maximise their investment in the learning environment.

Caroline Paradise, Nightingale Associates, Design Research lead said: “We are excited by these early findings which suggest that the classroom plays an important role in pupil performance. This will support designers and educators in targeting investment in school buildings to where it will have the most impact, whether new build or refurbishment.”

The study will now continue for another 18 months and cover another 20 schools in different areas of the UK.