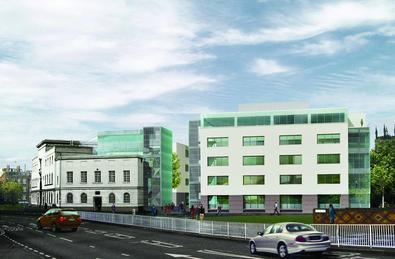 The value of commercial property in the UK slumped by more than one-quarter last year in the biggest fall ever recorded, according to new figures.

Investment Property Databank (IPD) said that commercial property values dropped by 26.4% in 2008 - the largest decline since records began in 1987.

Shops, offices and industrial buildings are now worth around the same amount they were in December 2001, according to the body's quarterly property index for the UK.

The last quarter of 2008 showed the biggest drop of the year, with values down 14.4% on the previous three months.

Retail suffered the worst falls, with a 15.1% decline in value for the last three months of 2008 and a 27% drop for the whole year.

Total return on investments fell 22.1% in the year, and 13% in the fourth quarter, as the cash squeeze in the sector caused payment delays.

IPD research director Malcolm Frodsham said: “The last 12 months has set a number of unwanted records in real estate returns, with the worst ever year capping the worst ever month and worst ever quarter in IPD history.”