Construction activity fell at its slowest rate for eight months in January, according to the latest IHS Markit/CIPS PMI construction survey.

The UK Construction total activity index remained below the no change 50 score last month to register 48.4, having been 44.4 in December. 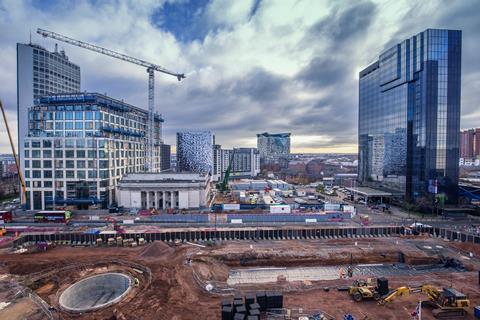 Housebuilding was the best performing area with output falling only slightly last month.

Scape chief executive Mark Robinson said: “Housebuilding was spurred on by Boris Johnson’s commitment to kickstart a housing boom by cutting planning red tape, which has encouraged residential teams to ramp up delivery.”

Commercial activity decreased for the 13th consecutive month but the rate of contraction was much weaker than in December and the softest since the start of 2019.

And civil engineering was the worst performing subsector in January, with firms citing a lack of tender opportunities to help replace completed jobs.

The group director at the Chartered Institute of Procurement & Supply, Duncan Brock, said optimism was at a near two-year high and added: “Construction firms were more upbeat in January as the downturn in business activity slowed…all signalling a moderation in the sector’s contraction.”

KPMG’s head of infrastructure, building and construction, Jan Crosby, said the general election in December had cleared up the political uncertainty which had dogged investment decisions.

He added: “The marginal shift in this month’s reading is symptomatic of a sector finally recovering from a turbulent political period.

“If a raft of major infrastructure projects get the green light, especially those in the Midlands and the north following recent promises, then this will be heightened.”

But he added there was still concern that no concrete decision had yet been made on HS2 – despite chancellor Sajid Javid last week signalling that he was in favour of sticking with the £88bn scheme.