EC Harris, Lend Lease, and WSP are among the firms announcing appointments this week 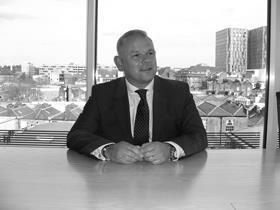 EC Harris has appointed Mark Dixon partner and head of service in its contract solutions team. Mark Cowlard (pictured) has been appointed head of the rail sector division.

Sweett has appointed Rob Sale senior director with responsibility for the firm’s operations in the north of England. Ken Wood has been appointed to lead the firm’s infrastructure portfolio.