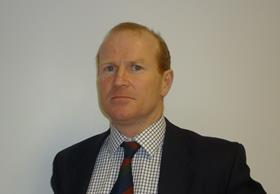 Aecom has appointed Robbie Dow (pictured) director of remediation in Europe, the Middle East and Africa.

Rider Levett Bucknall has promoted Matthew Bromley to head of building surveying in the Midlands.

Pellings has appointed Nigel Wood as a senior employer’s agent.