PCKO, Pick Everard and Aecom are among the firms announcing appointments and promotions this week 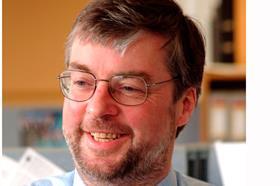 Aecom has appointed Andy Rumfitt as director of economic development.

Capita has appointed Richard Darch as executive director for the health sector.

AA Projects has appointed Claire Charman as divisional director of project management in the Birmingham office.

Mitie has appointed Gareth Smallman as director of manufacturing industrial and specialist services in its environmental business.