Construction begins on the Cheesegrater

Basement works have begun on site, with Cementation Skanska carrying out piling work and McGee carrying out groundworks.

Bovis Lend Lease, which had been in line for the main contractor role before the project was shelved in 2007, is managing the basement works.

A lead contractor is expected to be appointed in March from a shortlist of Mace, Skanska, Sir Robert McAlpine and Laing O’Rourke.

Once completed, the 224m high tower will be one of the tallest buildings in the Square Mile.

The £340m Leadenhall building is being joint developed by British Land and Oxford Properties.

Nigel Webb, head of developments at British Land, said: “Since completing the joint venture partnership with Oxford Properties late last year, we have moved quickly to return to site and forge ahead with the construction of this iconic new London building. The Leadenhall Building is already generating strong interest from a broad range of occupiers in the insurance, financial, professional and corporate business sectors and will complete at a time when we believe strong demand and supply constraints will coincide.”

Richard Pilkington, development director at Oxford Properties, said: “Our plan was always to move quickly in the New Year and it’s great to see major construction activity on the site again, giving confidence to the occupier market that the Leadenhall Building will be delivered by mid-2014.” 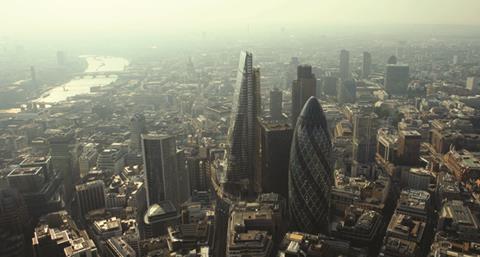